The United States on the Verge of a New Independence

The United States on the Verge of a New Independence 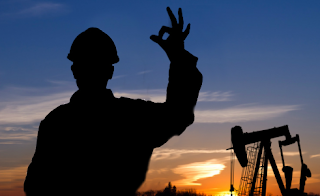 With rapidly increasing production of natural gas and tight oil, the United States and North America are quickly becoming the most critical driver in the world of oil and natural gas production. So much capacity is being added in the Americas that Hart Energy refining expert Terry Higgins stated, “The rapid growth of oil and natural gas production in the Untied States will have a major impact on the world’s petroleum marketplace.” He also added, “The shift will allow the United States to surpass Saudi Arabia’s production, cause OPEC to lose market share and make the United States the world’s No. 1 producer of petroleum liquids.” That is alofty goal when you consider Saudi Arabia currently has a daily production of 10,846,107.17 bbl/day.
The idea, though, is not as farfetched as it may seem. The United States currently produces oil at 6,736,000 bbl/day, a difference of about 4,110,107.17 bbl/day. With continual development of newfound shale formations and new extraction techniques, it’s possible to exceed production of 11,000,000 bbl/day in the United States.
Add to these figures a lower expected demand for petroleum products domestically along with the growing capacity of renewable energy and the United States is very likely to reach energy independence within the decade. This could mean that more facilities currently set to import petroleum could be reconfigured to export, creating a new revenue stream into the country.