The City of Powell, which is home of the growing technology company geoAMPS, is among the top five fastest-growing cities in Central Ohio. 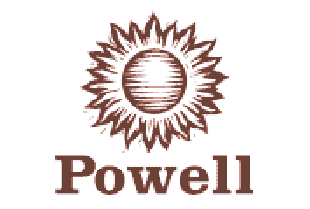 Columbus Business First, a popular business publication serving Central Ohio, has published a list of the region’s fastest-growing cities. The communities are ranked by percentage of growth in estimated population.
Powell was ranked the fifth fastest-growing city. Its estimated 2012 population was 11,960, which is an increase of 4 percent in only two years.
geoAMPS was founded in Powell and is in its third year of operation. From its office in Powell, geoAMPS serves clients across the United States. It also has expanded its client base into Canada. The company has established itself as the leader in creating software solutions to manage land rights and infrastructure assets.
As is the case with its home community, geoAMPS has realized significant growth. The company has grown from one client its first year to more than 200 direct and channel clients today. Currently, there are more than 2,000 users of geoAMPS software.
In only three years, geoAMPS customers have processed more than $1.1 billion in project payments by utilizing geoAMPS software. During that time, 10 of the company’s clients have conducted approximately 3,700 projects with the aid of geoAMPS software.
The company’s rapid growth has necessitated a move to a new, much larger office. The new office is more than twice the square footage of the current office. Although much larger, the new office will still be located in Powell.
“I have been pleased with the growth of geoAMPS in a relatively short period of time,” Yogesh Khandelwal, President and Chief Executive Officer, said. “Our growth is a testament not only to our outstanding products and services, but also to the hard work of our geoAMPS team. They constantly push the technological envelope to keep geoAMPS at the forefront of industry innovation.”
The move to the new office is anticipated in early 2014.
“The move to this larger office,” Yogesh said, “is a necessary outcome of the success geoAMPS has experienced so quickly.”
geoAMPS was named a semi-finalist for the Outstanding Startup Business award for the 2012 TechColumbus Innovation Awards. In order to be considered for this award, a company that is less than five years old and has fewer than 250 employees must have developed a technology innovation that is groundbreaking and/or superior to the market alternatives. The company must have made an impact on the target market and shown evidence of historical growth and measurable future growth.
As a result, in part, of the dramatic success geoAMPS has enjoyed, its executives received prestigious awards in 2013.
Yogesh was named by Business Journal newspapers to the national Who’s Who in Energy list for 2013-2014. He also was selected for the Forty Under 40 Class of 2013 by Columbus Business First.
Leena Madan, Chief Operating Officer of geoAMPS, was named one of the Most Powerful and Influential Women of Ohio for 2013 by the National Diversity Council.

Powell was chosen one of the best places to live in the United States by CNN/Money Magazine, which cited the community’s opportunities for education, jobs and leisure activities, and its low crime rate.
Delaware County, Powell’s home county, was selected one of the “Best Places to Get Ahead” in the U.S. by Forbes.com. The website also called Delaware County one of the country’s five best places to raise a family, based on cost of living, reasonably priced homes, quality of schools and short commute times. Delaware County finished sixth on CNN/Money’s list of 25 counties nationwide that have experienced the most job growth in the last decade.
Dan Liggett is Communications and Public Relations Manager for geoAMPS, a technology company that specializes in software solutions to manage land rights and infrastructure assets. For more information, call 614-389-4871 or visitwww.geoamps.com.