In November 2013, 100 percent of all new electricity capacity originated from clean, renewable sources, including wind, solar, hydropower and bioenergy. Geothermal energy also contributed to this new capacity. In fact, mankind has used geothermal as a source of power for centuries. 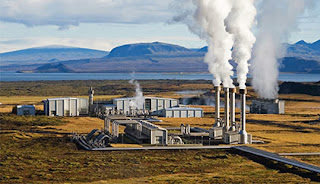 Geothermal energy – which is, just as the word suggests, heat from the Earth – is assuming an increasingly important role in meeting energy needs worldwide.
The geothermal industry grew substantially in 2013, and is projecting continued growth through the remainder of the decade. Karl Gawell, Executive Director of the Geothermal Energy Association (GEA), reports there have been technological developments aiding geothermal development and new projects announced in every region of the world.

In 2013, the industry surpassed 12,000 megawatts (MW) of operating geothermal power, with approximately 600 MW of new geothermal power coming online globally. New geothermal power has come online in Kenya, New Zealand, Nicaragua, Turkey and Mexico, and in the United States in Oregon, Nevada and Utah. Additional projects in development stages will increase geothermal capacity by about 30,000 MW. The GEA reports there are 70 countries advancing nearly 700 geothermal projects.
The GEA says that, globally, the geothermal power industry should put 500 to 1,000 MW online each year for the next decade. There have been new geothermal geologic studies or exploration projects in the United States and several other countries.
All of this is exciting news for an industry that only six years ago had 46 countries developing or considering geothermal projects.
GEA President Craig Mataczynski of Gradient Resources, has challenged the industry to provide 5 percent of total U.S. electricity production. Geothermal resources, already entered into the National Geothermal Data System, are more than enough to reach the goal. The GEA acknowledges, however, that advancements in geothermal resources technology and power system technology will be needed. 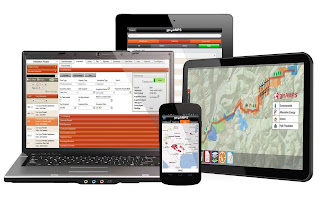 geoAMPS, a technology company located in the Columbus, OH, area, applauds the GEA’s challenge and has joined the effort of meeting that goal by providing software solutions that increase the efficiency of completing and operating geothermal projects through development, construction and ongoing operational stages.
“At geoAMPS, we believe that 5 percent of electricity production through geothermal is achievable,” Yogesh Khandelwal, President and Chief Executive Officer of geoAMPS, said. “In fact, by utilizing technological advances, there is every reason to believe that an even greater percentage of electricity production can be provided through this clean and renewable source of energy.
“The future is exciting for the geothermal industry, and all of us at geoAMPS are excited to be a part of it.”
altAMPS, one of the industry-specific suite of software products offered at geoAMPS, was developed to meet the needs of the renewable energy industry. The web-based software, operating through a central database, automates many tasks through each stage of construction and operation. altAMPS helps to ensure that geothermal projects are completed on schedule and within budget. That, in turn, provides incentives for completion of even more geothermal projects.
With altAMPS, organizations involved in geothermal energy can realize significant cost savings through efficiencies in critical aspects of projects. It offers end-to-end management in a paperless environment.
altAMPS streamlines the process of acquiring land and right-of-way necessary to complete a project. Organizations can easily update tract and ownership information, as well as the progress of negotiations, construction, etc. Once agreements have been reached, altAMPS automates much of the complex and time-consuming process of tracking and issuing ongoing payments to property owners, tax officials or other entities. Such timesaving tools have simplified what has been a significant pain point for organizations in the renewable energy industry.
The geoAMPS software can integrate with a geothermal organization’s financial and Supervisory Control and Data Acquisition (SCADA) systems for seamless transfer of data between all systems and to further increase the audit controls and efficiencies within the organization’s processes. SCADA is important to any geothermal project, as its purpose is to monitor, control and alarm plant or regional operating systems from a central location.
altAMPS is a powerful tool that aids the ongoing maintenance of a geothermal project.
The available Forms Builder module assists the organization with inspections of the infrastructure on a regular schedule. Inspection reports are maintained in the central database, providing an up-to-date record that ensures inspections are completed, and not repeated unnecessarily. The software also triggers automated notifications of when an inspection is needed or has been scheduled, as well as the specific area of the project or section of equipment that needs addressed.
2013 was an exciting year for the geothermal industry. Yet, the industry has positioned itself for even greater growth in the immediate future. Technology developments, like those created at geoAMPS, will help make the geothermal industry’s growth a reality.
Dan Liggett is Communications and Public Relations Manager for geoAMPS, a technology company in the Columbus, OH, area that specializes in software solutions to manage land rights and infrastructure assets. For more information, call 614-389-4871 or visit www.geoamps.com.
This article also appears in:
Renewable Energy World