Leena Madan, Chief Operating Officer of geoAMPS, has been named one of the 2013 Most Powerful and Influential Women of Ohio by the National Diversity Council. 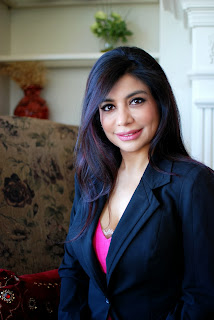 Leena and the eight other women selected for the honor will be recognized at the 6th annual Ohio Diversity and Leadership Conference Oct. 24-25 at the Westin Columbus Hotel in downtown Columbus.
“Being chosen to receive this award is a tremendous honor and I sincerely thank the National Diversity Council,” Leena said. “It is humbling to stand alongside such an amazingly accomplished group of women.
“I share this award with our wonderful team of dedicated professionals at geoAMPS. Through a collective spirit of innovation, today geoAMPS offers the most comprehensive suite of software products and services in the marketplace.”
geoAMPS  is a technology company in the Columbus area that is in its third year of operation. In her executive role, Leena is a key decision-maker in the daily operation of the company. Through her leadership, geoAMPS has established itself as the leader in creating software solutions to manage land rights and infrastructure assets. The company is revolutionizing industries by leveraging online, offline and mobile technologies within the land rights, infrastructure assets and data management markets.
geoAMPS customers are located in several states. The company has expanded its client base into Canada. Its phenomenal growth is a result of establishing a reputation for high quality of products and services.
“Leena’s contributions to the growth and success of geoAMPS are immeasurable,”Yogesh Khandelwal, President and Chief Executive Officer of geoAMPS, said. “She also is active in the Central Ohio community, giving generously of her time and talents.
“I congratulate Leena on receiving this wonderful award, for which she is most deserving.”
The Ohio Diversity and Leadership Conference is an event filled with training, informative sessions, beneficial networking, open panel discussions and workshops. This year’s keynote speakers include Soledad O’Brien, Special CNN Correspondent and host of Starting Point, and actor Tony Plana.
In addition to the 2013 Most Powerful and Influential Women of Ohio, additional awards will be presented for Multicultural Leadership, Diversity Leadership and DiversityFIRST. The award recipients represent a wide range of industries throughout the state.