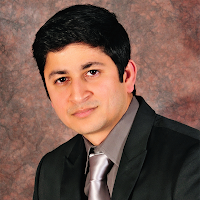 The editors reached out to industry executives to share their thoughts and insights on their controversial subject.
A response from Yogesh Khandelwal, President and Chief Executive Officer of geoAMPS, was one of only four chosen to be included in the article.
In recent years, the World Trade Organization has been called upon to investigate cases of domestic content rules (DCR, also known as local content rules or LCR) in renewable energy policy. In a recent highly publicized case, the Canadian province of Ontario was accused of violating trade law by requiring renewable energy developers to buy a designated amount of locally sourced materials for projects as part of its feed-in tariff (FIT) program.
In December, the World Trade Organization found these practices illegal and upheld the ruling on appeal. Many countries, however, still incorporate similar rules in their incentive programs.
Click here to check out the Featured Article as it appears on the homepage of Renewable Energy World.
Dan Liggett is Communications and Public Relations Manager of geoAMPS, a technology company in the Columbus, OH, area that specializes in software solutions to manage land rights and infrastructure assets. For more information, visit www.geoamps.com or call 614-389-4871.