geoAMPS and its executives, Yogesh Khandelwal, President and Chief Executive Officer, and Leena Madan, Chief Operating Officer, are featured in the June 23, 2013, edition of The Columbus Dispatch. 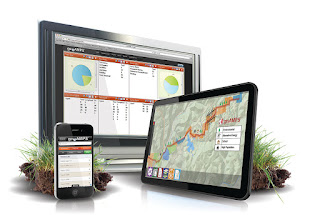 The Columbus Dispatch is one of the nation’s most prestigious major metropolitan newspapers. It is the primary daily newspaper serving Columbus, the capital and largest city in Ohio. The Dispatch’s circulation reach includes Central Ohio. It also is read throughout Ohio and in other states.
The article titled “Taking a leap with software startup” is written by Dana Wilson. Portions of the article also appear in the July edition of Columbus CEO magazine.
Wilson writes about the dramatic growth of geoAMPS in the short span of time of two and a half years, and how “momentum continues to build for the Powell-based company” that specializes in software solutions to manage land rights and infrastructure assets.
In an interview at geoAMPS, Yogesh was asked why he decided to focus specifically on the software he developed and the startup of the company.
“There was a need that was not being met,” he replied. “I think the reason that past companies were not successful is they were either engineers or people that had industry knowledge, but did not know about the technology that built the solutions. Or, they were technology people that did not understand the industry that built the solutions. So there was always that gap.
“I think Leena and I had the kind of unique skill set of knowing technology and the industry and how to market it.”
As husband and wife, Leena and Yogesh jointly manage the company that currently serves 14 clients in the United States and Canada and employs 25.
Leena said leading geoAMPS is something Yogesh and she are passionate about.

“We have the same goal at the end of the day,” she said. “We love what we do, so taking it back home, that’s our life.”