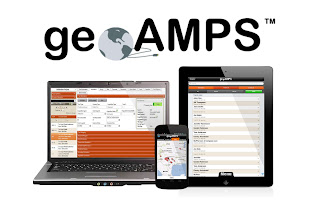 “All of us at geoAMPS congratulate the Columbus community on being named to the Intelligent Community Forum’s Top7 list” Yogesh Khandelwal, President and Chief Executive Officer of geoAMPS, said. “Our company is proud to call Columbus home and to contribute to its growing reputation as a center for innovation.”

The Top7 list includes three from North America, two from Taiwan and two from Europe. Columbus, however, is the only city in the United States to have this distinction.

“The Top7 communities of 2013 have made innovation – based on information and communications technology – the cornerstone of their economies and fostered economic growth through high-quality employment, while increasing the quality of life of their citizens,” said Lou Zacharilla, ICF co-founder, in announcing the list at the Pacific Telecommunications Council’s annual conference in Honolulu, Hawaii.

ICF is a think tank that studies the economic and social development of the 21st Century community. The organization believes that, whether in industrialized or developing nations, communities are challenged to create prosperity, stability and cultural meaning in a world where jobs, investment and knowledge increasingly depend upon advances in communications. For the 21st Century community, ICF contends, “connectivity is a double-edged sword: threatening established ways of life on the one hand, and offering powerful new tools to build prosperous, inclusive and sustainable economies on the other.”


ICF strives to share the best practices of the world’s Intelligent Communities in adapting to the demands of the so-called Broadband Economy, in order to help communities around the world find sustainable renewal and growth.

The Top7 were drawn from the Smart21 list of 2013 semi-finalists. The selection was based on an analysis of the nominations by a team of independent academic experts. The Intelligent Community of the Year will be selected from the Top7. That announcement will be made June 7. Last year, Riverside, Calif., was named Intelligent Community of the Year.

In its citation for Columbus, ICF points out that the city has an economically and racially diverse population. While it trails the U.S. average in terms of per capita income, Columbus has the nation’s highest concentration of Fortune 1000 companies per capita.

Being the state capital has helped, ICF noted, but the success of Columbus has been forged through collaboration among city government, academic institutions, businesses and nonprofits.


geoAMPS is a technology company that specializes in software solutions to manage land rights and infrastructure assets. It is a semi-finalist for the Outstanding Startup Business award for the 2012 TechColumbus Innovation Awards. geoAMPS has experienced dramatic growth in only two years since its founding. Its clients located in the United States and Canada are among the leaders in their respective industries.


This article can also be seen on:
Renewable Energy News