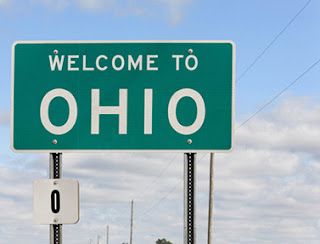 When you think of Ohio the WrightBrothers, Thomas Edison and astronauts John Glenn and Neil Armstrong come to mind. All leaders and innovators in their own rite, whichcreates the impression that Ohio is a place where visionaries and trendsetters tend to spring up. When you consider Ohio, though, would you imagine that the state has also helped guide the countries energy production and policy?
In fact, in the 1800s, Ohio was the energy capital of the U.S., producing more crude oil and natural gas than any other state, a title that attracted the attention of John D. Rockefeller and Standard Oil, which purchased an Ohio company, Ohio Oil, in 1889. It was later renamed Marathon Petroleum.
Ohio still boasts Marathon’s headquarters in Findlay. Today, the title of energy capital has been reassigned to Houston, Texas. Ohio, though, is once again experiencing a revival in importance within the energy industry.
Due to advancing technologies and the large Utica and Marcellus shale plays, Ohio is producing hydrocarbons at an exciting rate. And, the state is the testing grounds for new extraction techniques allowing once unobtainable resources to be extracted.
The oil and gas industry is not the only industry interested in Ohio. The renewable energy sector is also taking an interest in the state. One company plans to build a 49.9 megawatt solar power plant on reclaimed strip mine land in southeast Ohio. When completed, it isexpected to be one of the largest in the U.S. Add to that the 420 megawatts of capacity of wind energy with additional capacity on the way and Ohio has potential from every major advance in energy production to date.
That’s why geoAMPS has set up our corporate offices near Columbus, Ohio. This is where things are happening not only in energy, but also in technology. For many years Ohio’s business leaders claimed that it had access to more people than any other area in the United States. That claim was proven by 2010 census information. Even in light of many relocating, 47.8 percent or 147.5 million of the U.S. population resides within 500 miles of Columbus, making Ohio’s capital city an ideal place for companies to do business.
This is a fact that geoAMPS has not missed. With clients around the world and access to many energy and right of way industry thought leaders, geoAMPS is positioned to help advance a diverse range of industries with innovative and unique technologies for managing land rights and asset infrastructure.